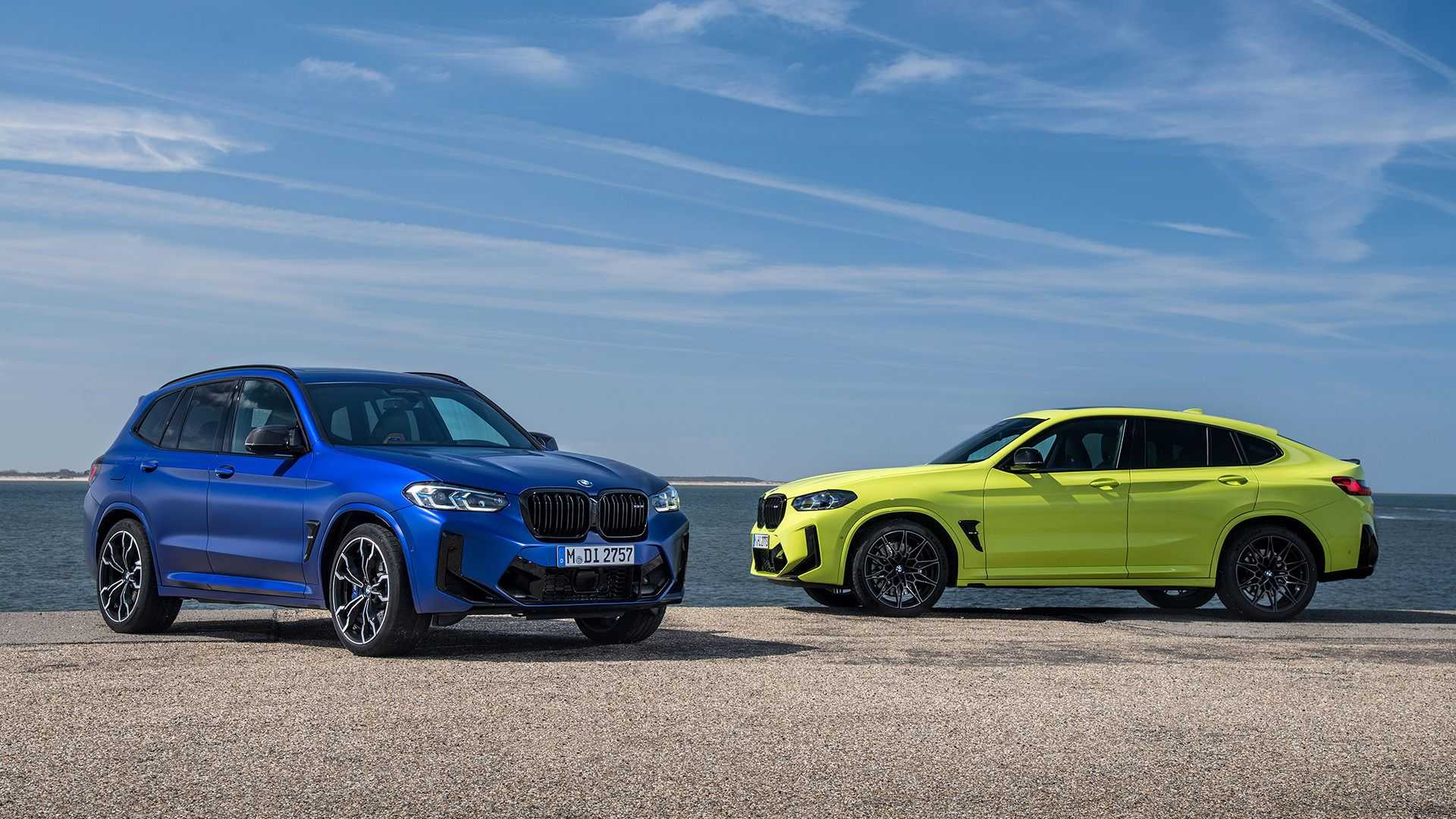 BMW X3 and X4 get facelift including M Competition models

The locally produced BMW X3 has received a facelift with more tech and design touches made to the already popular SUV. 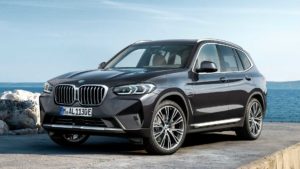 Starting with the standard non-M models, upfront there is the larger BMW kidney grille and slimmer headlights which have been redesigned along with the front apron. The front headlights feature full LED technology as standard with adaptive LED headlights with Matrix function or the Laser Light optional extras. Vertical air intakes arranged in a triangular interpretation frame the front bumper. There will be varying wheel sizes ranging from 19inch to 21 inch in sizes depending on spec. There is an xLine, M Sport and M Performance for the top non M models. 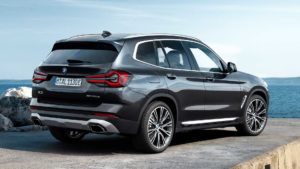 The rear of the new BMW X3 gets a black border that gives the full LED rear lights a more precise appearance, while the narrower light graphic now includes a three-dimensionally modelled pincer contour and horizontal turn signals integrated in filigree style. Standard models get the twin tailpipes on the side whilst the M Performance models get trapezoidal style tailpipes. 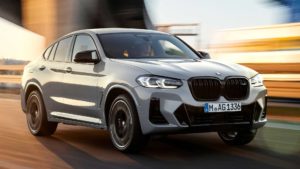 The BMW X4 adopts the new front end of the BMW X3, but adds an exclusive distinguishing feature in the form of the mesh kidney familiar from other sporty BMW models. On the X4, the adaptive LED headlights with Matrix function are already standard, while the BMW Laser Light are an option. 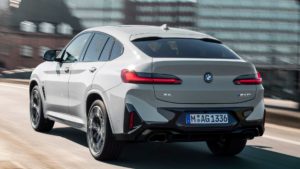 The rear gets the Coupe style slopping roof with full LED taillights and a new rear apron giving a tidier appearance, with an increased proportion of painted surface and reflectors now placed vertically and lower in the bumper. From the M sports package onwards, the BMW X4 features the BMW mesh kidney, the frame and inserts of which are painted in high‑gloss black on request, as well as a new rear apron with a wide, offset insert in the shape of an anvil. 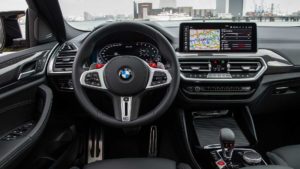 The new BMW X3 and the new BMW X4 adopt the centre console of the current BMW 4 Series. The free-standing, central Control Display with touch function now offers a screen diagonal of 10.25 inches as standard in all vehicles. A 12.3-inch version of the touch display is also available as an option. There are new leather seats with the M Sport and M Performance models getting more sporty design and cushioning. Rear space is as before with X4 models getting the sloping rear door which seas leads to less luggage space than the X3. 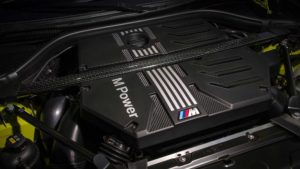 The new X4 and X3 4-cylinder and 6-cylinder Turbo engines now use 48-volt mild hybrid technology. The X3/X4 20i gets a 2.0-litre 4-cylinder with 135kW whilst the 30i gets a tuned version of that engine with 180kW. The M40i gets a 265kW 3.0-litre straight six engine. Diesel models start off with the 140kW 2.0d which is the only 2.0-litre 4-cylinder diesel engine. The 30d gets the 210kW 3.0-litre straight six engine with the M40d using a tuned version of that engine credited with 250kW. The BMW X3 xDrive30e plug-in hybrid model consists of a 4-cylinder petrol engine combined with an electric motor whose power is transmitted to all four wheels. Their joint system output of 215 kW can be increased by up to 30 kW by temporary use of the electric motor’s peak output. It has a lithium-ion high-voltage battery that enables a range of up to 50 kilometres. All models will drive all wheels linked to an 8 Speed Auto transmission. 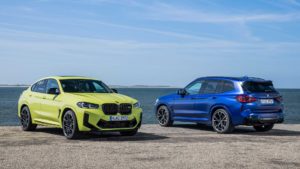 The “Makoya” X3M and X4M Competition models get the same light and grille design changes but as they are full on M models, they also get M specific front apron. One particularly striking feature is the new, vertically arranged and elongated side air intakes angled down towards the spoiler lip in a bend towards the centre of the vehicle, where they follow the hexagonal shape of the central air intake. They are framed by trim elements in high-gloss black, which is also used for the caps of the aerodynamically optimised M exterior mirrors and the characteristic M gills integrated in the air breathers, as well as the rear spoiler on the BMW X4 M Competition. 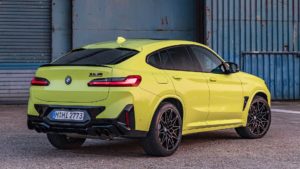 The rear gets LED lighting, M specific gloss rear appron and a large diffuser flanked on the right and left by the tailpipe pairs of the M sports exhaust system, which are finished in black chrome. Inside the Competition models get M Sport seats as standard with an M steering wheel with M1 and M2 buttons allowing the owner to tailor the engine, exhaust, transmission and suspension settings. 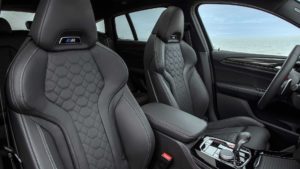 M Competition models get the 375kW/650Nm 3.0-litre straight six engine as seen on the new M3/M4 models. Power is sent to the M xDrive all wheel drive via an 8 Speed auto transmission. An M differential also comes standard with uprated M performance brakes. 0-100km/h is claimed in 3.8 seconds with the M Drivers package limiting top speed at 280km/h. Expect these new models in Mzansi in the 4th Quarter 2021.