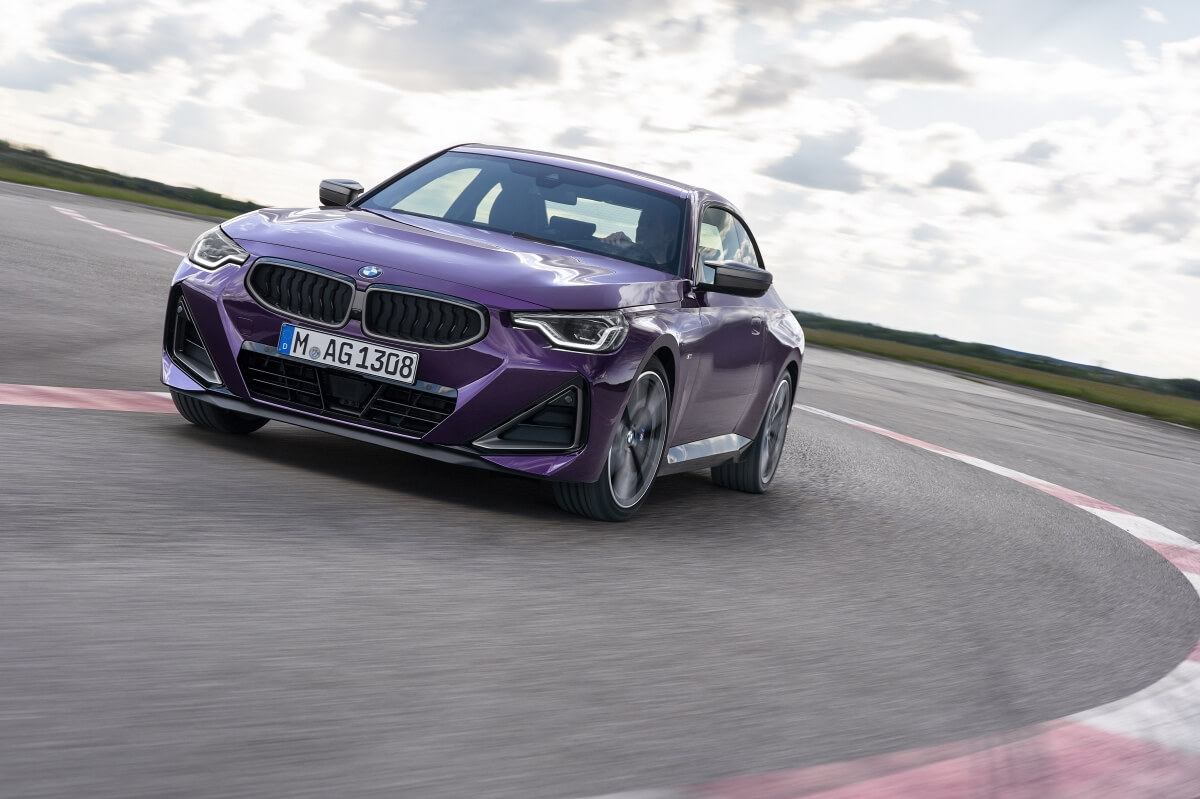 BMW has unveiled the new 2 Series with a design true to its heritage as it hints at the 2002ti but it will definitely polarize opinion on whether it was the right idea or not. One thing is for sure though, the new 2 Series, just like recent BMWs will not be mistaken for anything else on the road. 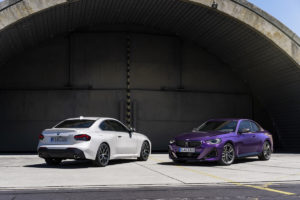 The new 2 Series Coupe features eye-catching front-end design with individual headlights, something last seen on the BMW 02. There’s also a new-look BMW kidney grille which now has vertically arranged active air flaps instead of bars. LED headlights will come standard with LED daytime lights whilst Laserlight and Adaptive LED lights will come as an option. The lower front bumper has a distinctive design which in M Sport definitely makes the car noticeable. 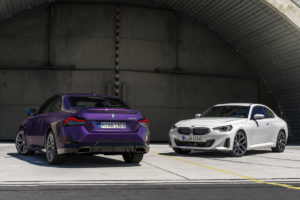 On to the side, the long bonnet 2-Door design is evident with the sloping roof towards the rear whilst the Hofmeister kink on the rear window is still there. The wide wheel-arches give a low slung look and they have wheel sizes from 17-inch to 19-inch depending on model. The rear seas a complete departure from the normal BMW design with LED lights placed on the outer edge of the rear. The rear light bars illuminate uniformly to produce a new, downward-ending interpretation of the familiar L shape. Twin tail-pipes, each on either side of the diffuser come standard on all models with the M240i xDrive getting Trapezoidal shape tail-pieces. 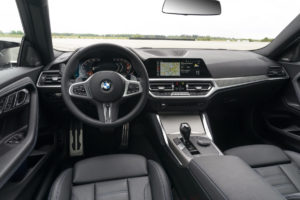 The interior doesn’t see the level of dynamism as seen on the outside with BMW designers taking the less risky approach and merely adopting the design as seen on recent BMWs. A low seating position in standard sport seats, dynamic lines running along the instrument panel and door trims, a driver-focused cockpit design and a Sport leather steering wheel fuel anticipation of the exhilarating driving experience to come. The large infotainment touchscreen takes pride of place with climate controls neatly placed below it. The instrument cluster also comes in digital layout. The standard LED lighting for the cabin includes reading and interior lights in both the front and rear, as well as lighting for the glove compartment, the storage compartment under the centre armrest the footwells, the mirrors in the sun visors and the boot, plus the courtesy lights in the doors. Ambient lighting is optional. The BMW Live Cockpit fitted as standard includes an audio system with six speakers and an output of 100 watts whilst the Harman Kardon sound is available as an option. Wireless charging, Wireless Andriod Auto/Apple CarPlay will be available. 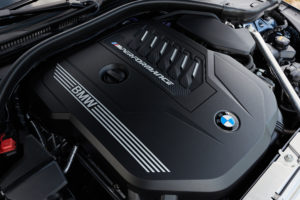 Powering the launch models are three engines, all Turbo-charged in diesel and petrol format. The top of the range for now (M2 coming soon) is the M240i xDrive with a 285kW/ 500Nm 3.0-litre straight-six engine credited with a 0-100km/h in 4.3 seconds on to a limited top speed of 250km/h. This model drives all wheels (xDrive) via an 8-speed sports auto transmission. M Sports adaptive suspension comes standard on this model with the xDrive tailored for rear bias with the standard M Sport Differential. The other petrol model is the 220i which employs a 2.0-litre 4-cylinder engine credited with 135kW/300Nm (0-100km/h in 7.5 seconds top speed at 236km/h). The sole diesel variant is the 220d which employs a 2.0-litre 4-cylinder diesel engine credited with 140kW/400Nm (0-100km/h in 7 seconds top speed at 237 km/h). Both these 2.0-litre models drive the rear wheels via an 8-speed auto transmission. Dynamic driving is promised with BMW clearly stating it was one of the priorities when designing the technical layout of the new BMW 2 Series. 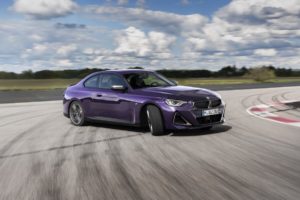 The new 2 Series will launch in Mzansi in the first quarter (before March) in 2022.