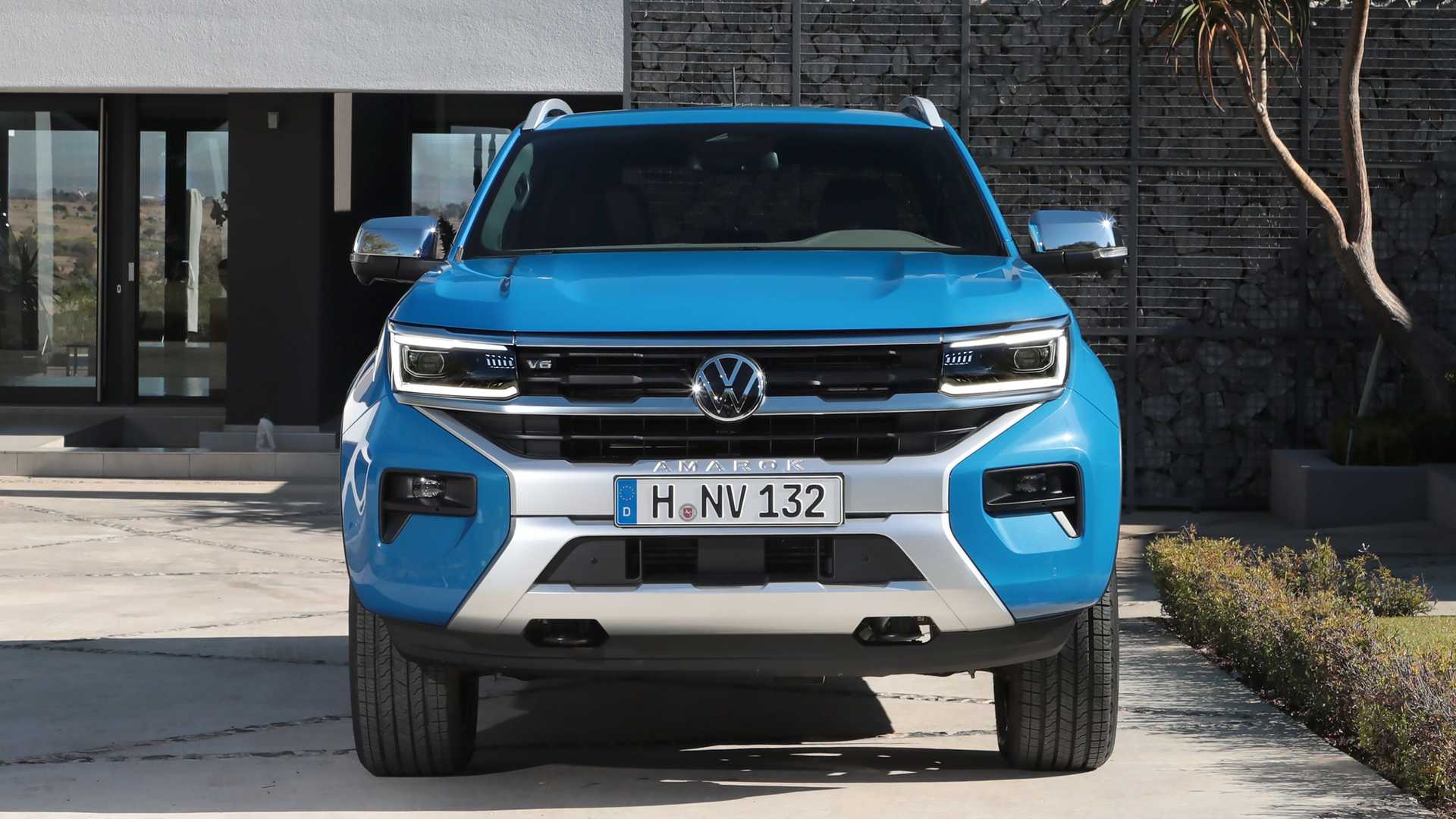 VW has unveiled the second-generation Amarok and not only is it a looker but it will have more variants for a broad appeal. 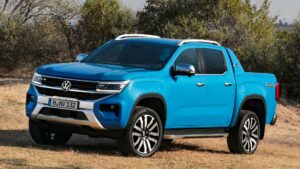 Much had been expected on the looks with most observers expecting a design not too far off its Ford Ranger cousin but judging by the looks at its unveil today, fears of a design copy were put to rest. The model spec will be Base, Life, Style, Pan-American (below) and topped by the Aventura (which replaces the popular Extreme). 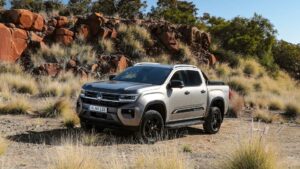 The front design is square with a clamshell bonnet that has a rugged and imposing look. LED headlights come standard in all models with higher-spec models getting IQ-Light LED Matrix as an option. The grille has the VW logo taking pride of place in the middle with V6 models getting a nomenclature that hints at the engine derivative. The front air vents are separated by a chrome line with the start of the lower part of the bumper getting an “Amarok” embossing. 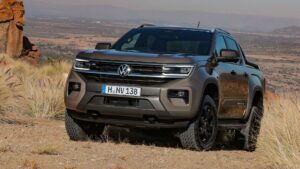 There is an X design silver pattern (Aventura but charcoal on Pan-Americana), which runs from the headlights to the lower part of the bumper for a very unique look. Fog lamps are placed on the outer edges of the mid-bumper with tow hooks placed on the lower sections of the bumper. The look is definitely dynamic and classy and luckily for VW Amarok enthusiasts, doesn’t look anything like the Ranger. 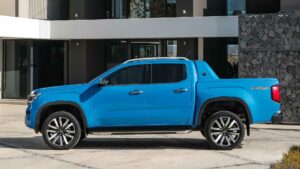 On to the side, the model shown was the top-spec double cab in Aventura style but VW SA is considering the single cab model in different design spec. Wheels will start off from 16inch steel wheels up to 21-inch alloys with all terrain tyres offered for the first time on 17-18inch wheels. 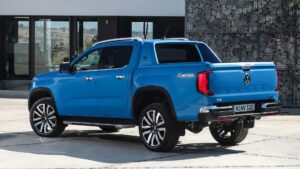 The Pan-Americana version gets black alloys with these All-Terrain tyres aligned to its more off road capability. The front and rear wheel arches come in a square design whilst side steps will come standard on high spec models. Roof rails can now carry a tent with up to 4 adults meaning the Thule gang will love it. The wheelbase is longer for more interior space whilst the doors are wider for easier entry and exit for all 4-entry doors. Chrome mirror housing and chrome door handles are on the higher spec models. The load bay now has an electronic roller cover as an option and will easily carry 2 pallets. The Aventura model comes with the loved load bin cape in body color, which runs the length of the load bin on the sides. 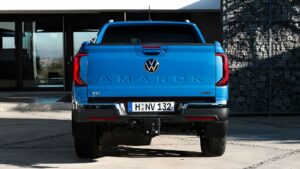 The rear gets C-shaped LED lighting with these lights placed on the outer edges for easy loading. The load bin door is sprung making it very easy to open and close it. The Amarok name takes pride of place on the load bin door for that unmistakable look. The V6 models also get a badge showing engine size at the rear with 4Motion badging on the opposite side of the tailgate. The rear bumper is neatly integrated into the rear design with chrome accents hinting at the Aventura and higher spec models. 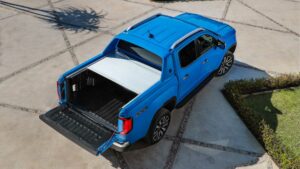 Inside the load bin buyers will be able to spec a protective cover whilst local dealer will surely offer a rubberized option for those buyers intending to use their Amarok for hard labour. 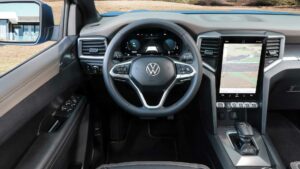 The interior is one aspect which surprised most, as it has little shared in design with the Ford cousin giving the Amarok a decidedly VW’ness in quality and finish. The large 12-inch infotainment touchscreen takes pride of place on the centre console with piano buttons finished in silver placed below for additional controls. 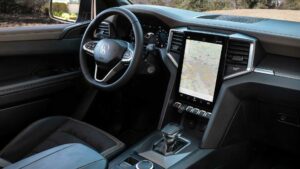 Air vents are placed on either side of the screen whilst the speedometer is now a 12-inch fully digital affair. The steering is VW in design with VW eschewing the much hated single button controls for the cruise & radio controls. 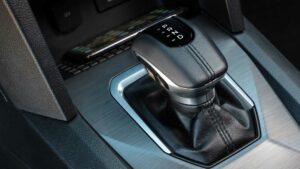 The gear lever is placed in between the front seats with stowage spaces made easily available around the cabin (incl. charging pots). Leather seats with electric controls will be standard on higher spec models whilst rear seating space is bigger than the already class leading current generation Amarok. 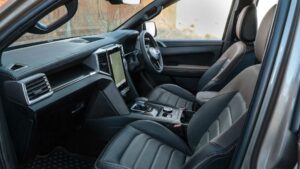 Technically there will be a suite of Turbo diesel engines with a single petrol engine under consideration for the local market. Entry will be a single turbo 2.0-liter 4-cylinder engine pushing 110kW linked to a 5-speed manual driving the rear wheels only. There will also be a Bi-Turbo spec of this engine with 154kW mated to either a 6-speed manual or 10-speed auto driving a 4×2 or 4×4 configuration. Topping the engine line up will be an 184kW/600Nm 3.0 liter V6 Turbo diesel engine linked to only a 10-speed auto. This is mated to a 4Motion drive. The petrol engine is a 2.3 liter Turbo engine credited with 199kW/222kW depending on market. 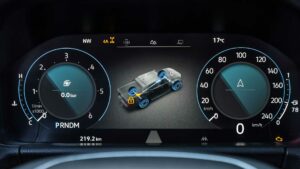 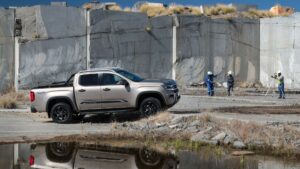 The new VW Amarok will be built solely in South Africa, Silverton (Pretoria) for local and export markets. This will definitely help in pricing which will be revealed closer to local market intro scheduled for March 2023. Stay tuned for more info on this new Bakkie.